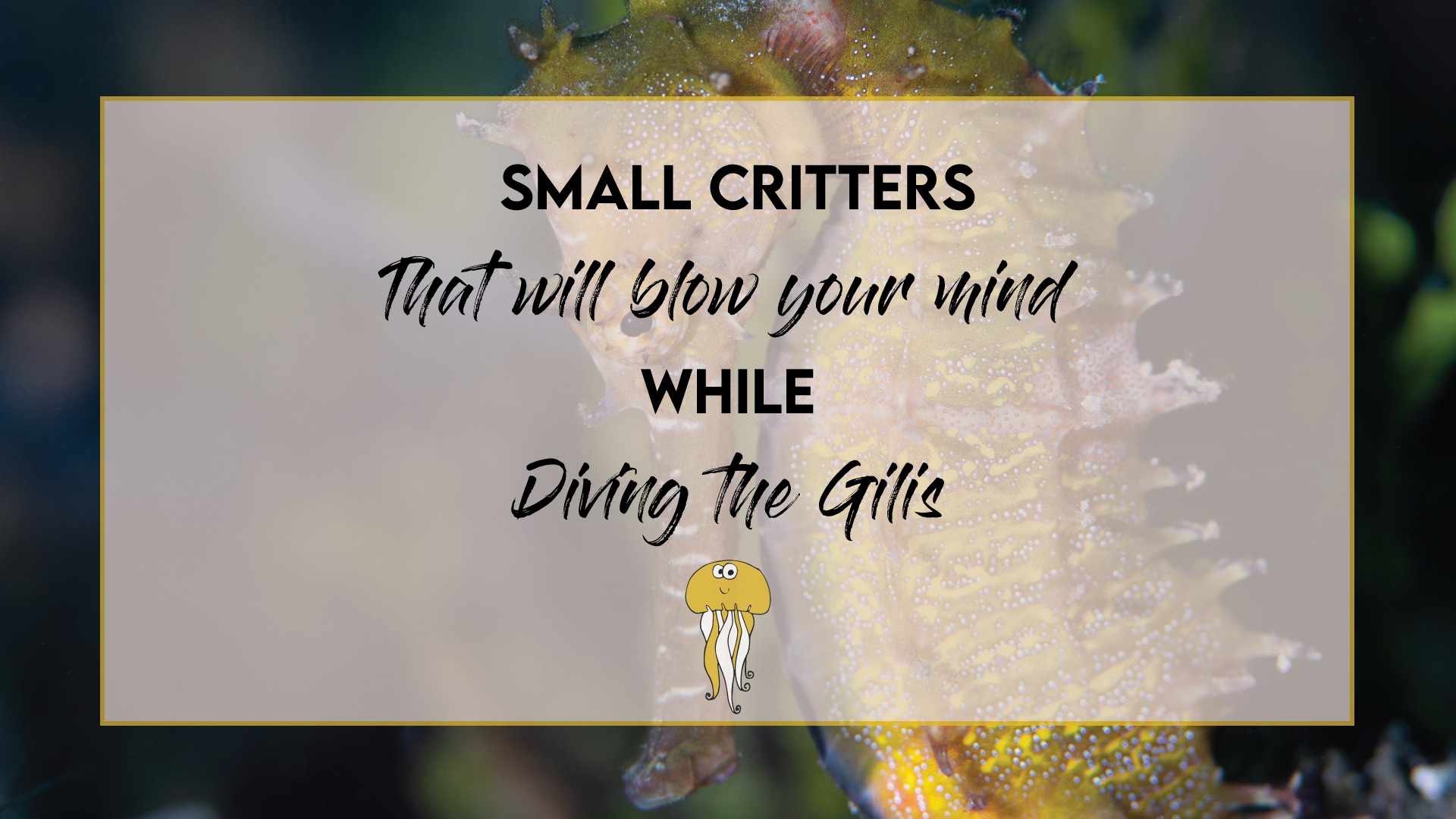 Small critters that will blow your mind while macro diving the Gilis.

The weather has changed, you can feel it above and below the surface. We have officially entered the rainy season. That means reverse currents flowing from the South, with coldish water carrying nutrients from the Indian Ocean; nutrients equal loads of fish. Say “YEAH!!” to Manta Rays and Whale Sharks passing by and “Booo” to the limited visibility as they will have to be right next to you to be able to see them. It’s fair to say that in the next few months we will focus our underwater attention on petite creatures hiding on the reef, as those swimming in the blue will be much harder to find.

Everyone, it’s time for macro diving!!! Wait a minute, what is macro diving? Well let me tell you.

The term macro diving derives from the lenses used by underwater photographers to capture small reef fish and creatures. Now, it’s commonly used for any type of dive where you focus on small stuff instead of big fish. In the Gilis, we are lucky to have plenty of those. Let me introduce you to some of them.

First on my list, is a little guy that is one of my favorites, the Hairy Squat Lobster. Why? Cause it’s so often overlooked. This amazing creature is the size of your nail and you’ll see them hiding in the ripples of giant barrel sponges, not all of them though. To find a Hairy Squat Lobster, you’ll need to find a barrel sponge that has a purple brittle starfish attached to it, as they imitate them to hide from predators. You can’t really spot them shallower than 20 meters, so here is another reason to do your Advanced Open Water course.

They are so cute, covered in a hairy purple fluff with tiny arms waving right at you. The first time I saw one, I couldn’t help but squeak into my regulator.

Other interesting inhabitants of reefs around the Gili Islands are the ones hiding close to the bottom, in particular the Ghost Pipefishes, also known as False Pipefishes. However, there is nothing fake about its incredible ability to camouflage and blend into the reef. Sometimes imitating seagrass swinging on a surge, mirroring the green Halimeda algae, or resembling Feather Stars. They say Ghost Pipefish live in the open ocean and settle down on the reef only for breeding, still, we are lucky enough to see them all year round if you go to protected bays just a 15-minute boat ride from the island.

The Ornate Ghost Pipefish is the one that gets the most love from me. This strange-looking creature is covered in bristle-like filaments, swims upside down with a pointy snout designed to munch on tiny crustaceans, and has the pouch of a kangaroo. Yes, something like that does exist and offers true joy and a feeling of victory when you eventually find it.

Harlequin Shrimp, the “Holy Grail” when it comes to the Gilis, never goes left unnoticed. As soon as there is a rumor of them being found, the lucky diver gets a lot of pressure from the others to share the location. I know, I know there are places where you can see them on every dive, but finding them here is a treat and that’s what makes them so special.

These beautifully colored shrimps live in pairs and mate for life. They love to chew on sea-stars, blue being their favorite, and will not leave their spot without a valid reason. The most valid reason being the threat of being eaten. They are vicious predators themselves and will chop off a sea-star piece by piece, holding it hostage, sometimes for more than two weeks.

I was looking for them for years and tried in different places, Lembeh being one of them (maybe I never had a good enough dive guide). Suddenly they appeared, in front of my eyes, under a small piece of rock on Han’s Reef (dive site North of Gili Air), whiles teaching a sidemount course. I visited them every week for months until one day they weren’t there anymore. I’ve never seen them since, but I keep on looking.

If you think of an octopus with a very bad reputation, the Blue Ring is always the first one to come up. Those small, adorable cephalopods found in the shallow tropical sea are some of the most poisonous creatures in the ocean. No need to be terrified though as they will never attack unless feeling threatened or being stepped on and even then, they will send you some warning signals beforehand. This little dude, once agitated, will display bright blue rings all over its body (now you know where the name is coming from, duhhh). It is a truly hypnotizing performance, but make sure you do not provoke it for too long as it can deliver a deadly bite.

Blue Ring is a feisty one as well, as it will pick a fight with another octopus in the area just to keep the feeding ground all for himself. What makes it so paranoid? Probably a large number of predators around as well as a relatively short life span compared to other species. You’ll find them often on a night dive hunting for small crabs, shrimps, and fish. We often see them in Seahorse Bay and tidal pools around the island and we really are crazy about them.

Now imagine a snail, but instead of the shell it has a flower-like antenna, and instead of being brownish or green it has psychedelic colors that make a rainbow look bleak. Nudibranchs are the David Bowies of our oceans; vibrant, colorful, and one of a kind. Divers travel the world in search of those little sea slugs and there are 1000’s different species.

Why Nudies are so colorful? First of all, the coloration is highly dependent on their diet and they are picky eaters. Some of the nudibranch families will feed on one specific prey. The other reason is to signal to potential predators “Don’t eat me, I’m not tasty and I’m poisonous!!!” plus it creates a perfect camouflage amongst the radiant coral reef.

While they are picky about the food, they are not too picky in terms of reproduction. Let’s face it, Nudies are slow, so they need to be ready to reproduce whenever they can with whomever they meet on the way (naughty little creatures), therefore they evolved to be hermaphrodites. That means they have female as well as male reproductive organs, very convenient right?!? Challenge yourself on a dive and see how many you can find in an hour.

They are the slowest fish in the sea yet they are considered to be a symbol of strength, power, and good fortune. Seahorses are full of surprises. Some of them hide in the sea fans holding on for dear life to not drift away with the current while others prefer sandy bottoms of protected harbors. All of them are rather shy but very photogenic by being flirtatious with the camera lens, though finding it hard to stay still.

Pigmy seahorses are the ones that make you scream “YES!!!!” on a dive once you’ve finally found them amongst the branches of huge Gorgonian. The trick here is to look for the fans that are relatively protected from the current and have no fish circling around. These tiny seahorses are quite weak, that is why you need to be careful not to stress them out, as some might die from a heart attack. Just like us, they do not appreciate if you shine a torch into their eyes and fry them with your camera strobes, so please be mindful while you try to get your perfect shot. They will stay on the same fan for weeks or even months, hence if you find one, it’s worth remembering the spot, especially if you are a divemaster trying to impress your guests.

There are so many other incredible creatures you’ll be able to find once we will take you on a muck dive. However, this particular type of diving requires perfect buoyancy control as you need to get very close to the reef to see its little habitants. Always bear in mind not to touch anything or harm the surrounding environment. To learn more about buoyancy control, enroll in the Peak Performance Buoyancy course, and stay tuned for some tips and tricks on our Instagram and future blogs.

← Prev: 8 important tips to survive the technical diving world, as a woman. Next: New Year’s eco-resolutions for a better 2021! → 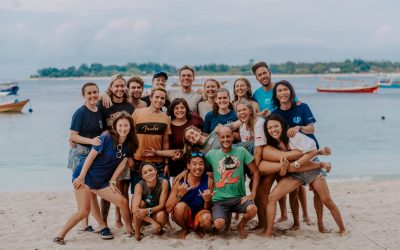 Divemaster Course in 2022. Everything you need to know before making the move.

“I’m a Divemaster” sounds awesome, like something straight from the Avengers right? The question is, what does it actually mean and how can you become one? Ready? I’ll explain to you, step by step, how to become a master of diving and change your life forever, you won’t need any other guide. Let’s dive in! 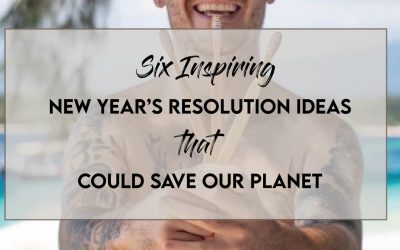 New Year’s eco-resolutions for a better 2021!

If by chance you’re tired of disappointing yourself year after year with broken promises of quitting smoking, eating fewer carbs, drinking less booze, or going to the gym, how about setting yourself an eco-resolution (an Ecolution ;P) for a change. This way you can enter the new year that we are all waiting for considerate of our planet and creating a positive change for the future. Here are a few ideas on how to improve the state of our Mother Earth by making just tiny-tiny adjustments to your day-to-day life. Cheers to new beginnings! 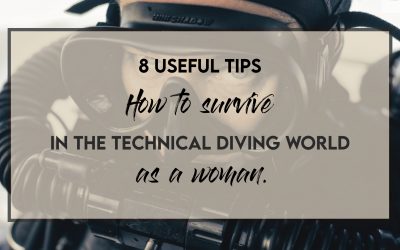 8 important tips to survive the technical diving world, as a woman.

Technical diving is long known to be a male-dominated sport, in many places it often still is, but times are changing. I’ve come across a lot of questions from female divers asking how I managed to overcome that gender seclusion. 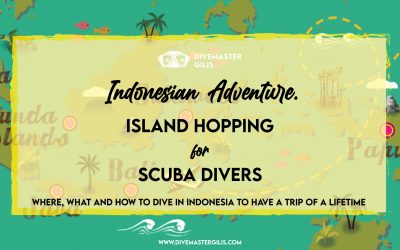 Indonesian island hopping for scuba divers. Guide on where and how to have a dive trip of a lifetime.

By Laura Kazimierska Bali is usually the first thing that comes up when talking about Indonesia. Mind you, some people think it’s a country… (yayx). Sorry to disappoint those who are misinformed, but Bali is one of more than 17,000 Indonesian islands and is one of the...

Turtle! Have you ever seen one? Repiated from @k

The ocean awaits!! Any dive plans for the weekend

We are ready to clean the beaches!⁠ 💪⁠ We'

Just like seashells, we are beautiful and unique e

What do you think of seasnakes - love 'em or hate

What kind of destination do you like for your holi

Divemaster Crew Pack, what is that?!? If you ever

Gili Trawangan is a perfect place to start freediv

What is your favourite coral? We love all of the

The swim test, do we hate them or love them? Dur

We say Wednesday is for sharing!! ... Sharing lov